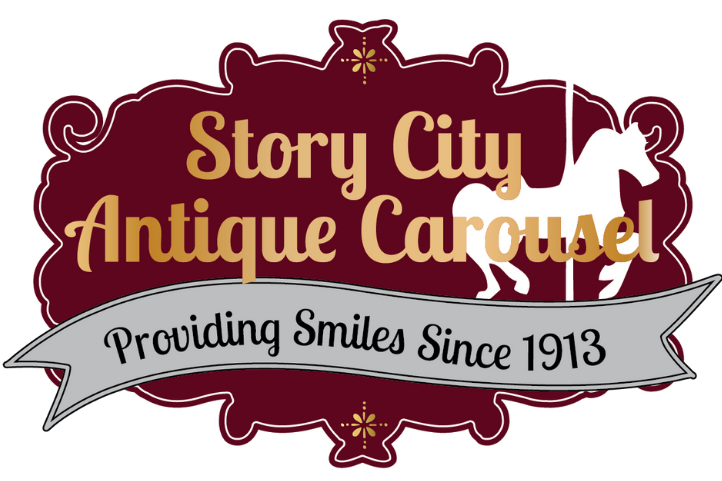 Check out our Facebook page for updates, events, and volunteer opportunities!

Group Tours and Private Rentals:
– May through October –
Please call the GCC office 515-733-4214 to book your celebration, group or special event! 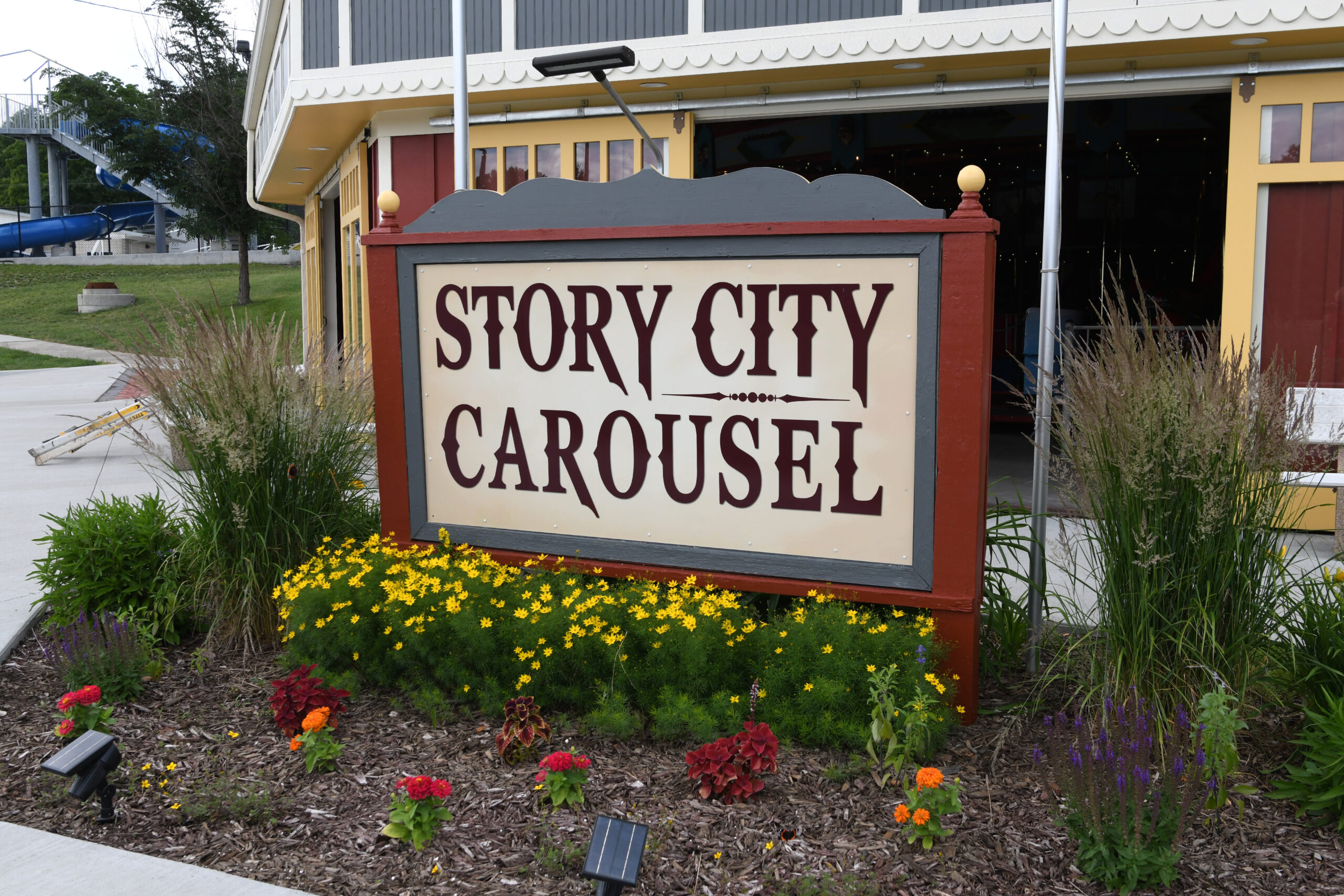 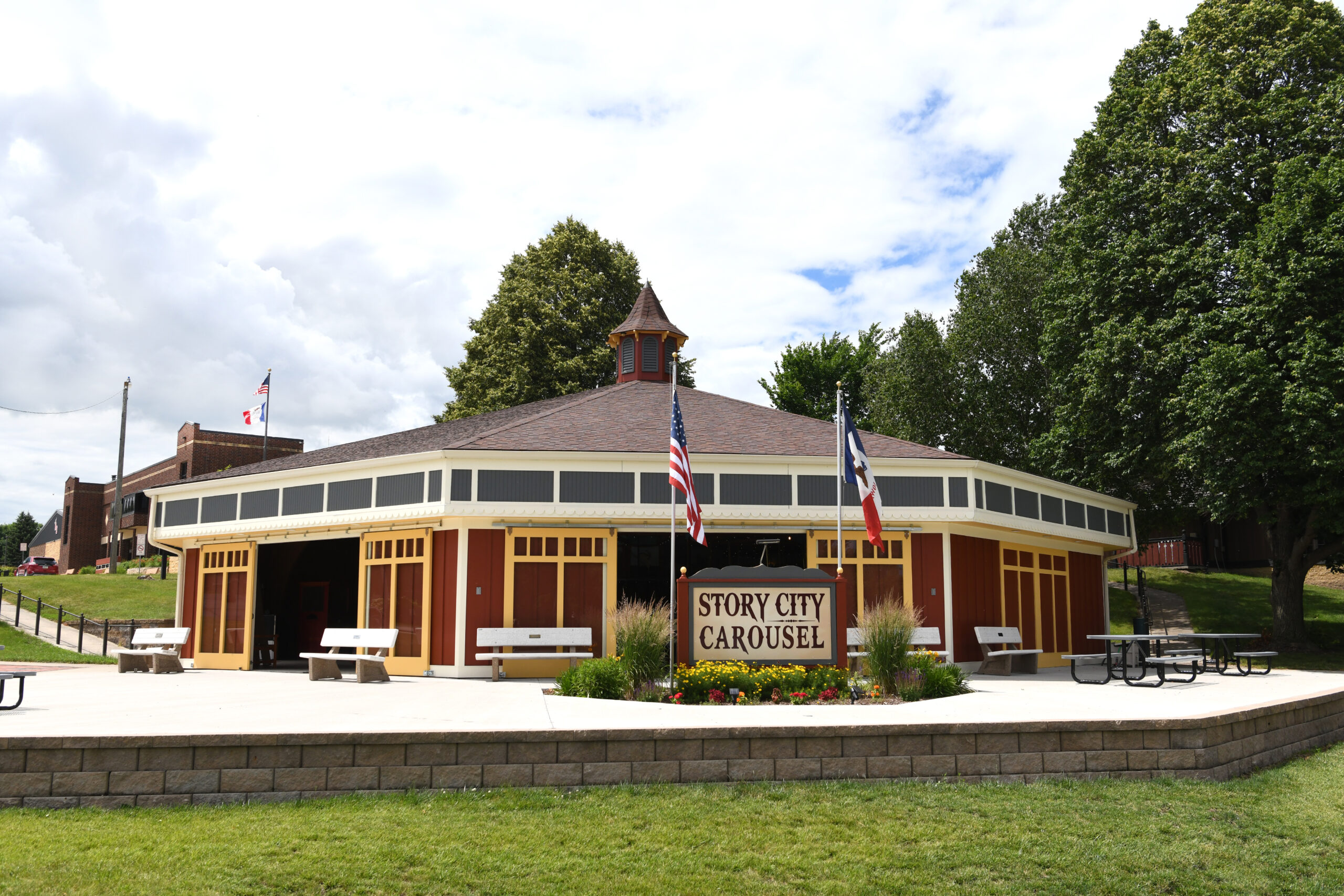 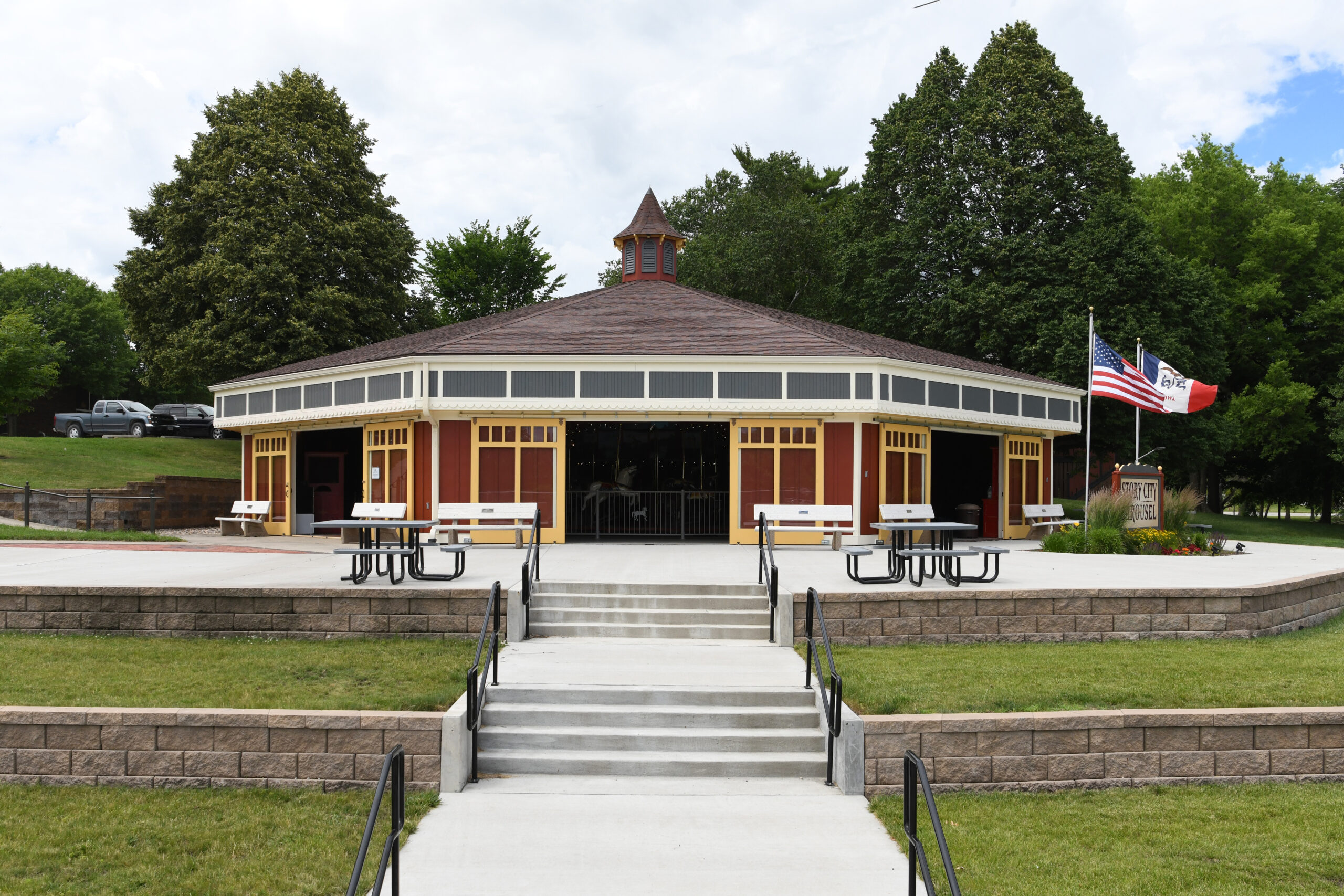 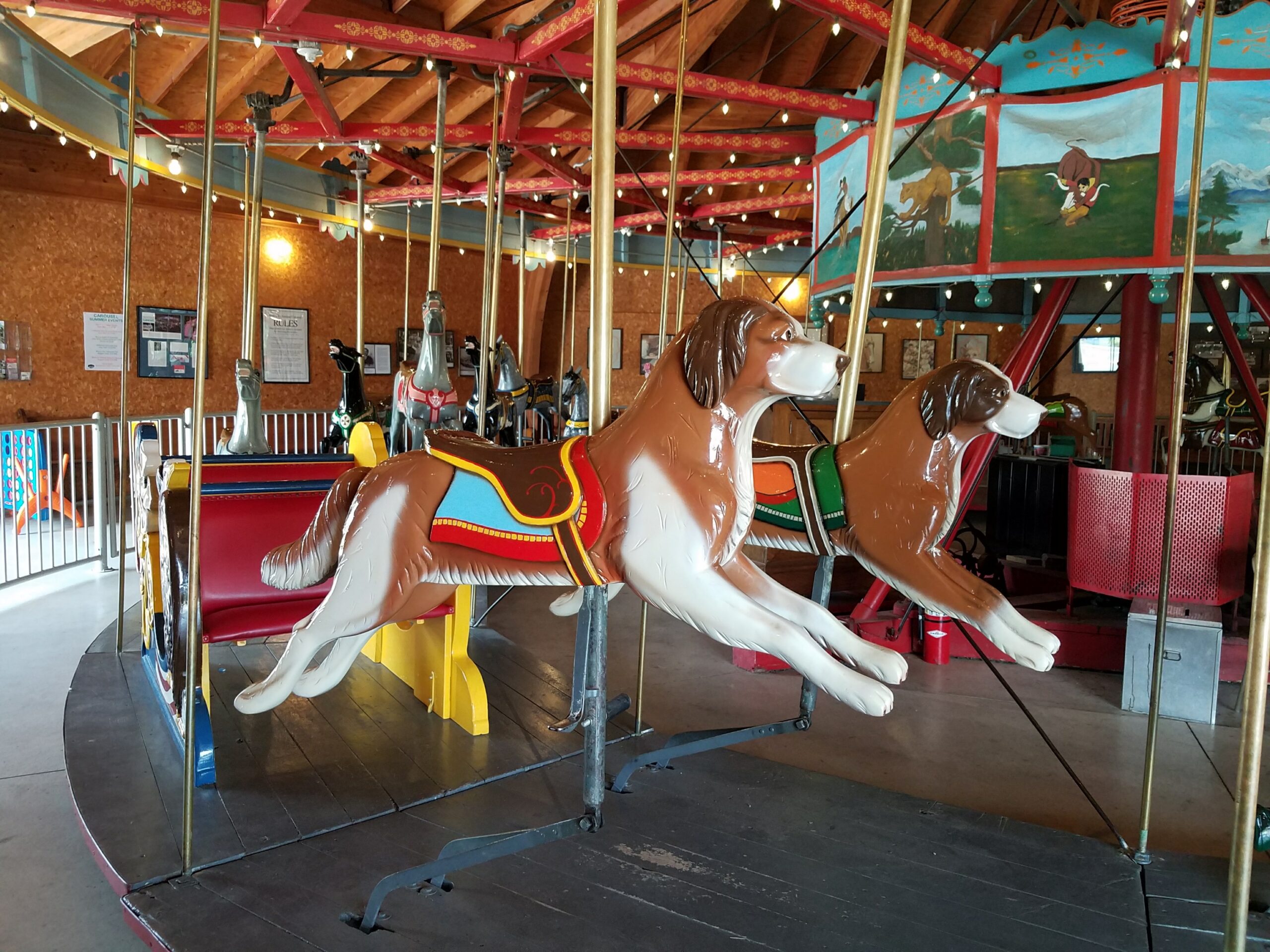 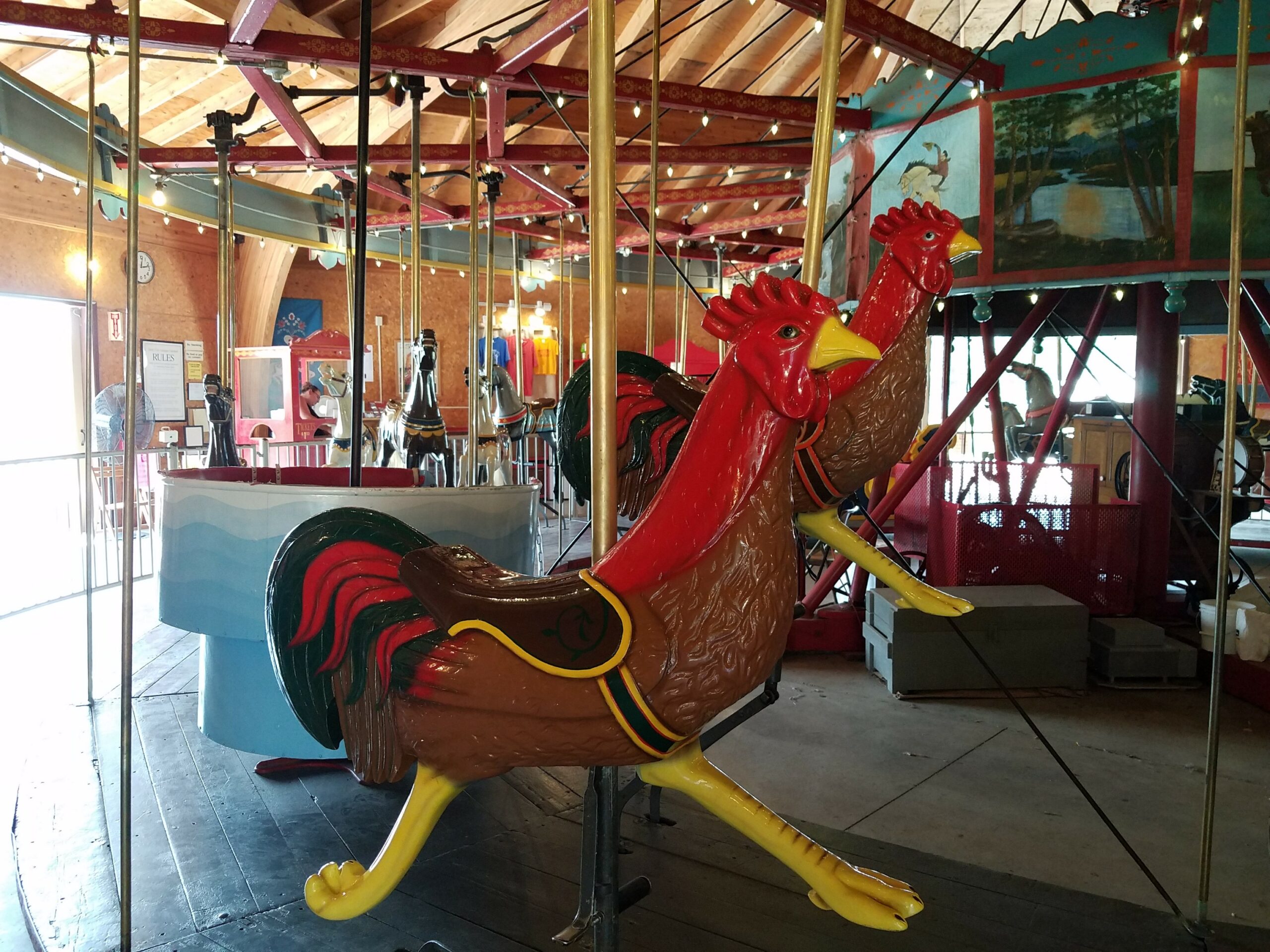 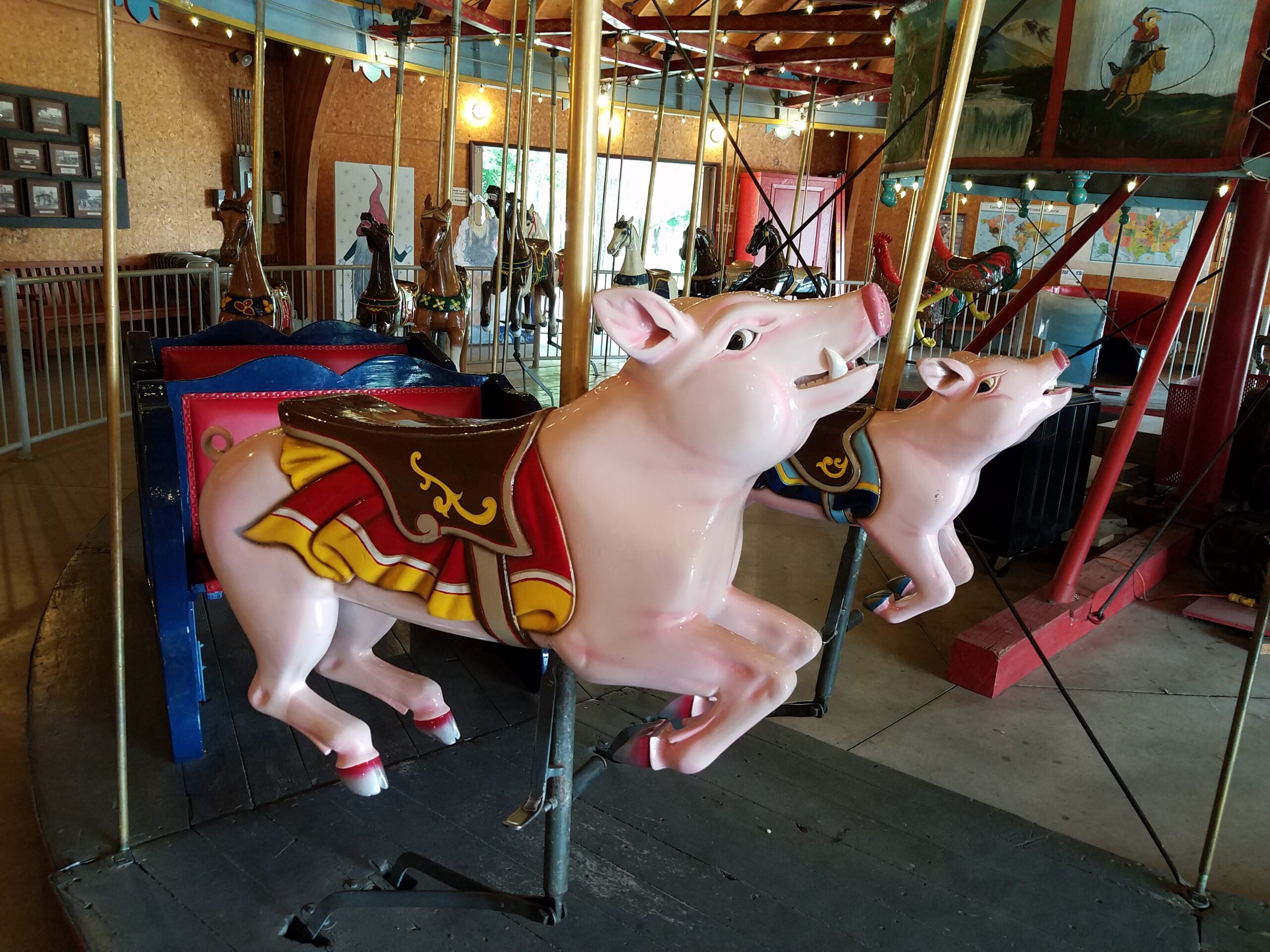 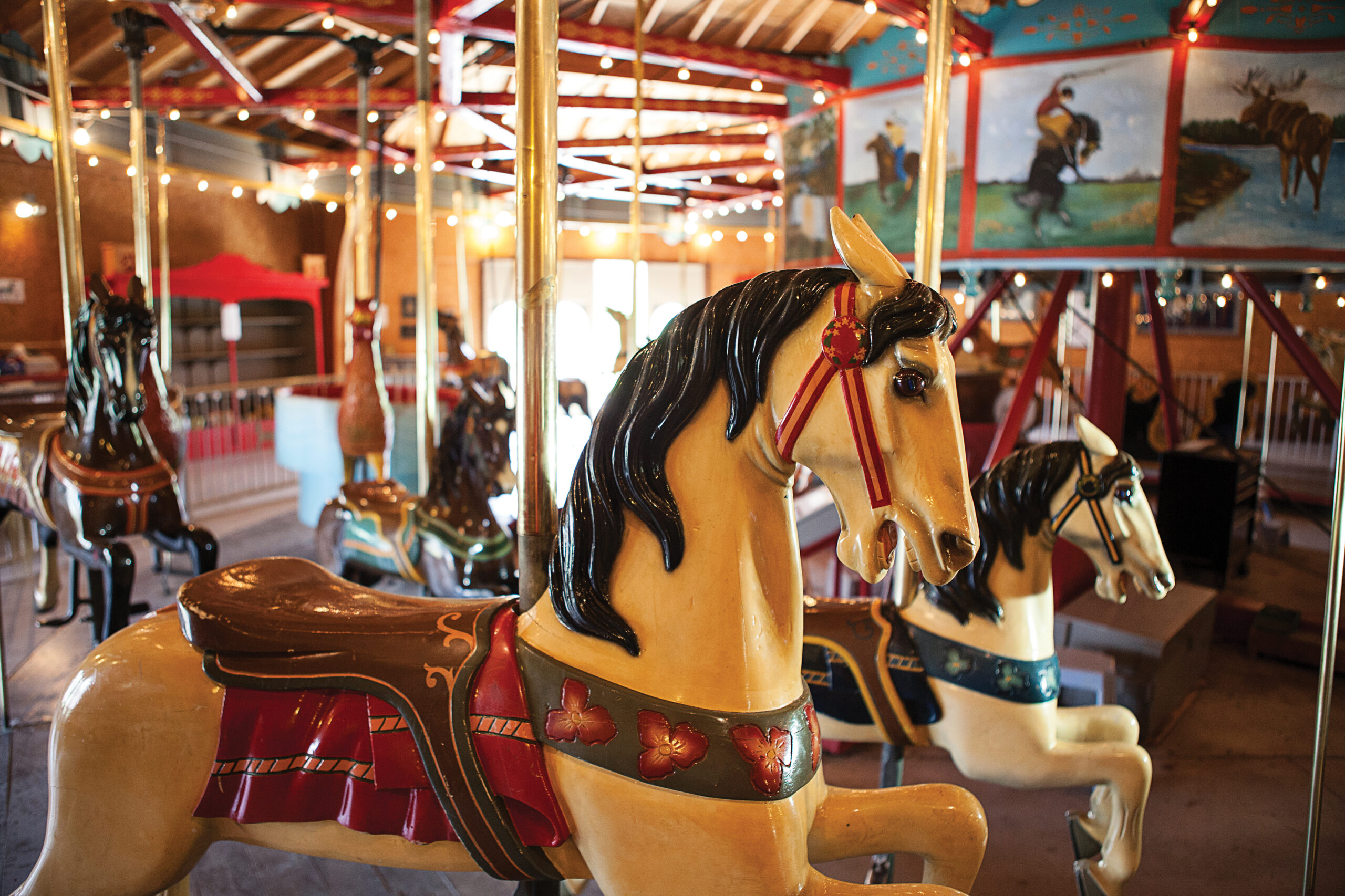 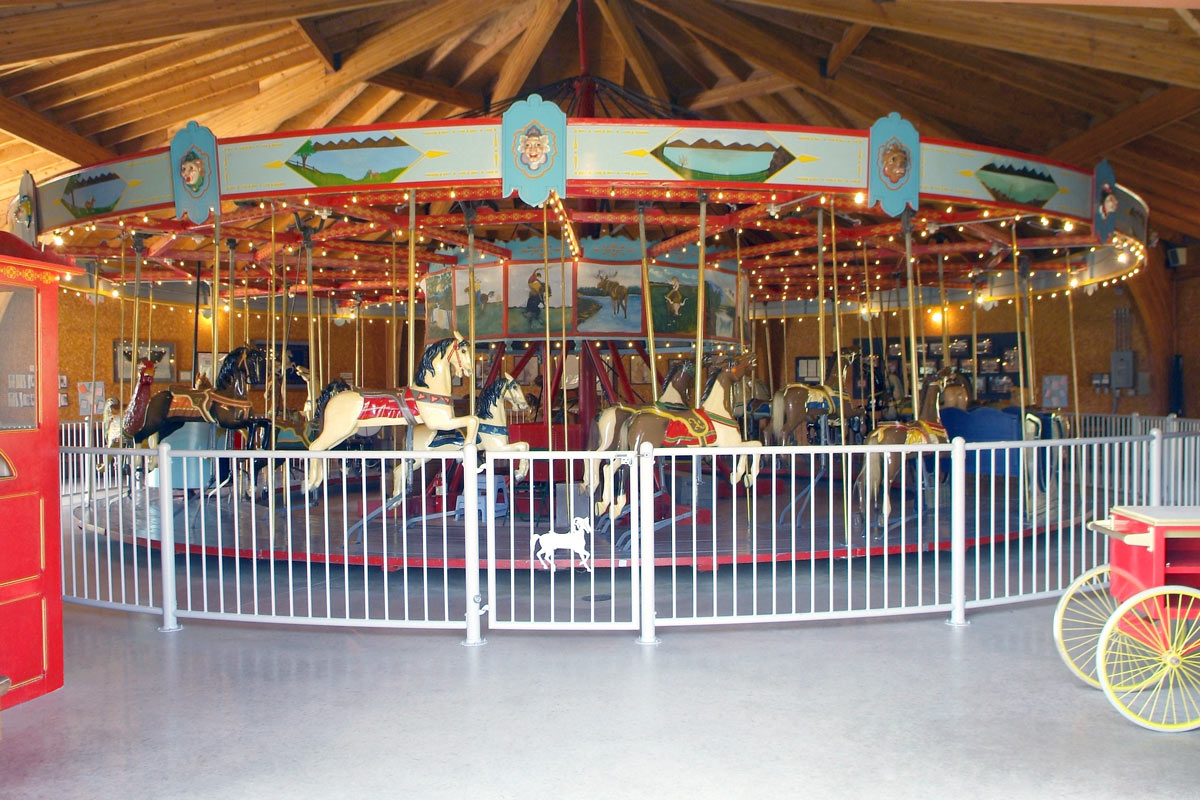 Story City’s 1913 antique carousel will be whirling to the merry calliope tunes throughout the summer months. The restored merry-go-round is located in picturesque North Park and will transport you back in time as you take a leisurely ride.

One of a vanishing species, this fun machine was built in 1913 by the Herschell-Spillman Co. of Tonawanda, New York. It was originally owned by P.T. Gifford of Grundy Center. Gifford traveled the Iowa countryside taking the carousel to county fairs and town celebrations, including Story City’s Independence Day galas.

The splendid wooden figures are hand-carved from poplar and include 20 horses, two chickens, two pigs, two dogs, two chariots, and a whirling tub. Calliope tunes are generated by a 1936 Wurlitzer Military Band organ housed in the center of the carousel.

The carousel was purchased from Gifford in 1938 by the Story City Greater Community Congress, and proceeded to delight generations of children. Eventually, time and wear took their toll, and the battered steeds were forced into temporary retirement in 1977.

In 1980, interest in the old merry-go-round was resurrected, and restoration began at The Country Shop in rural Roland. Layers of paint were removed, repairs made, and original colors of paint were mixed to match the old shades.

After some 18 months, the original stencils, colors, and prints were completely restored to their present gleaming condition. A special structure was built to house the carousel and on June 4, 1982, a dedication was held.

Climb aboard the carousel and be a part of the magic that exists among the brass poles, revolving lights, and merry tunes. 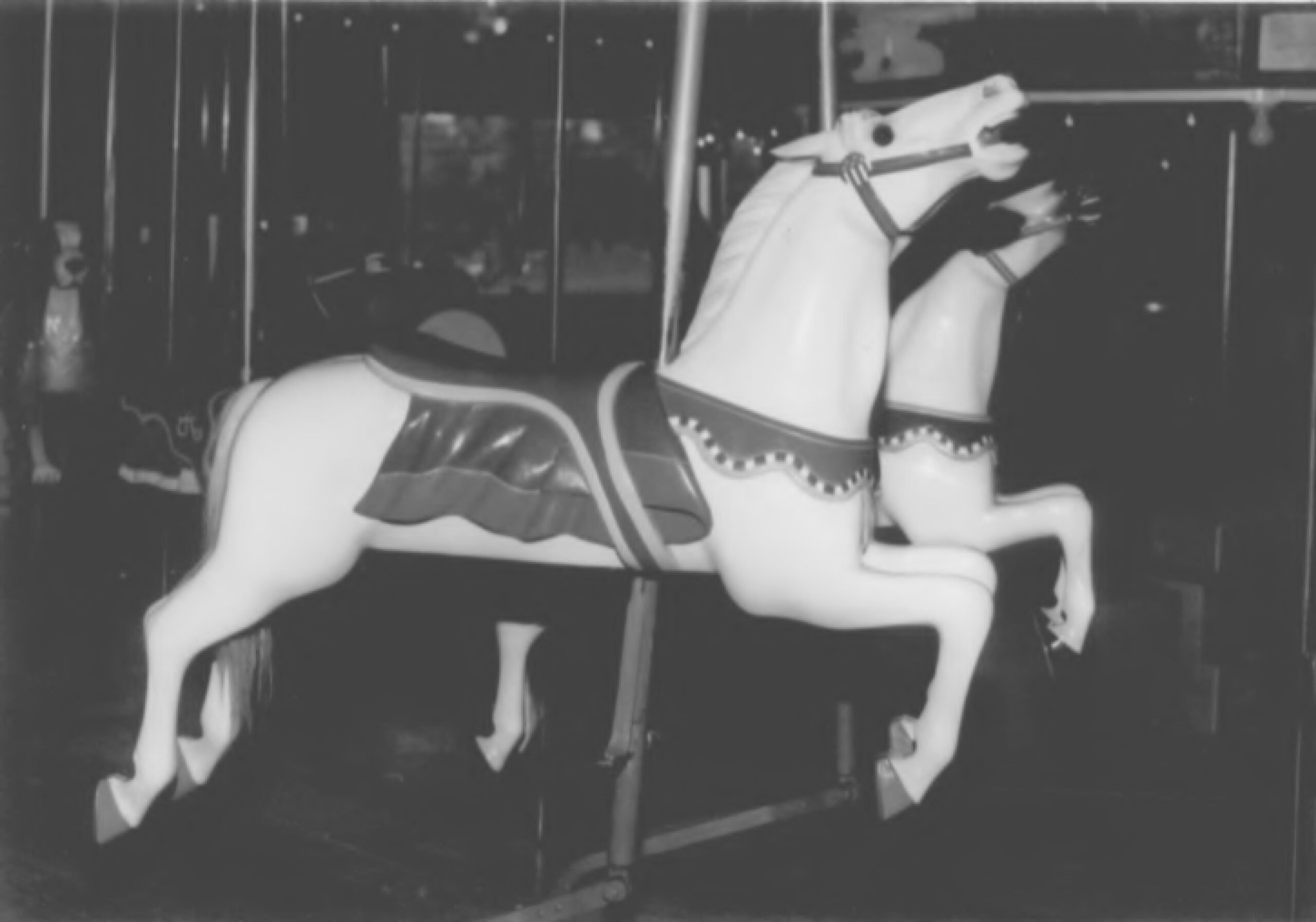 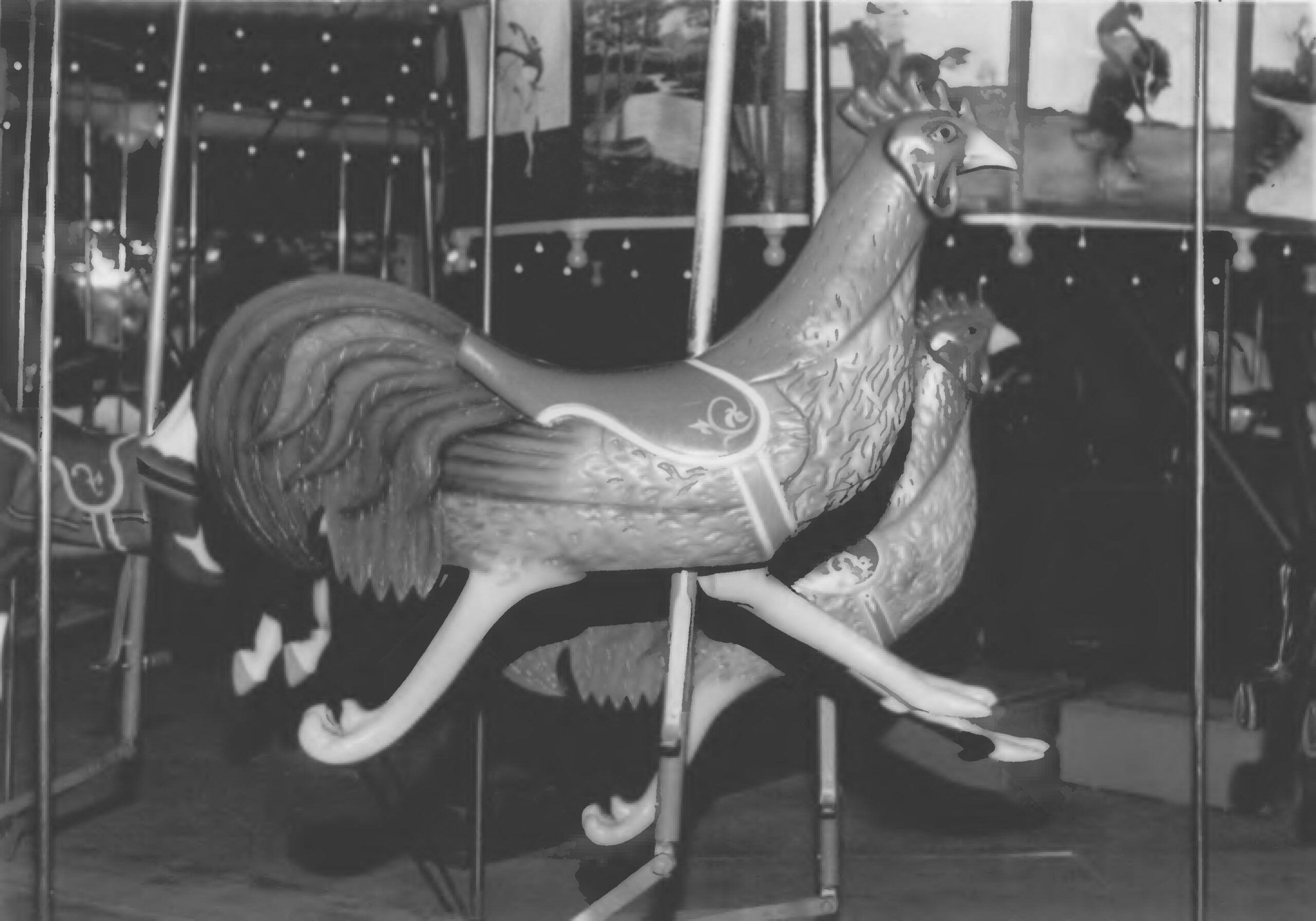 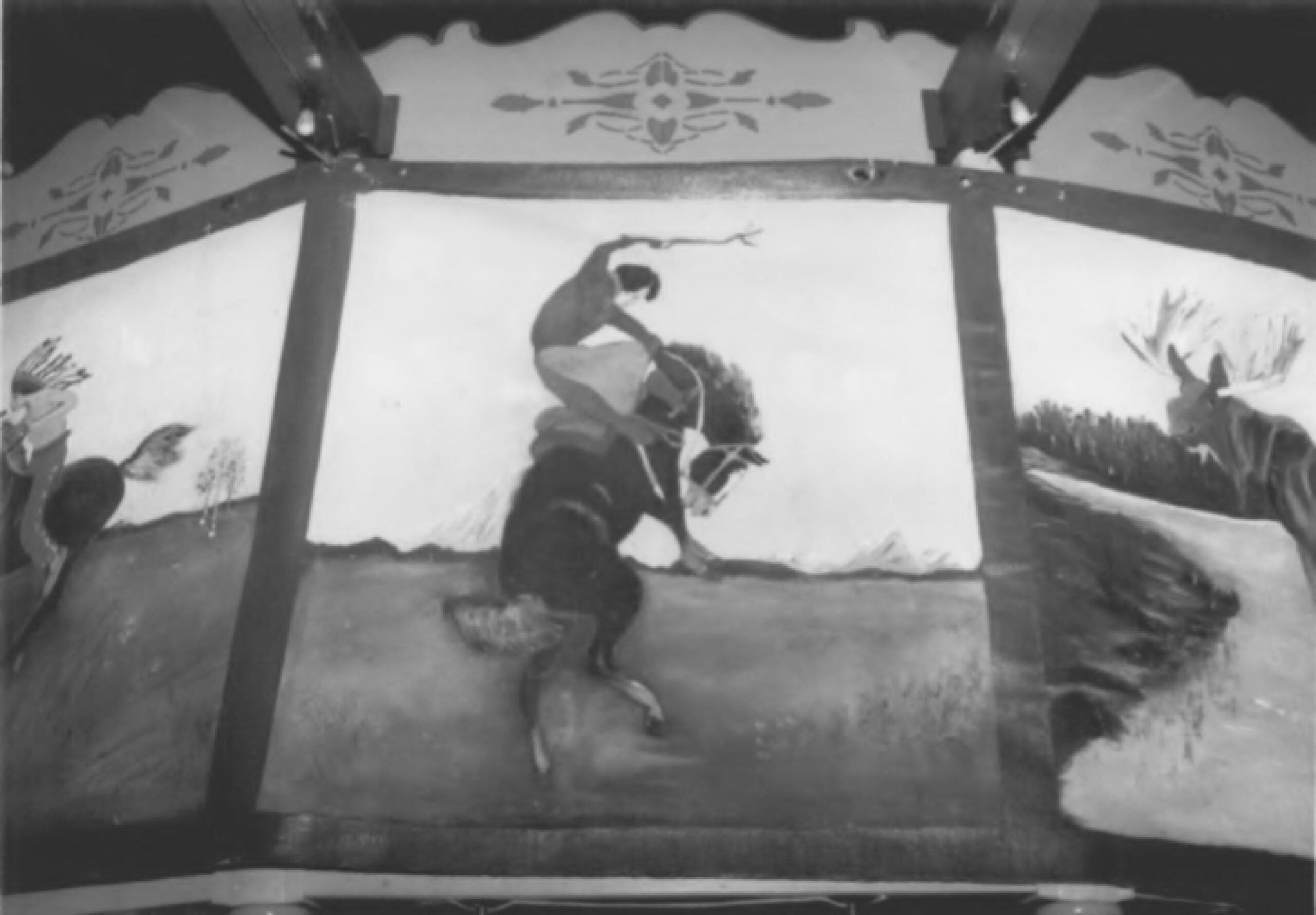 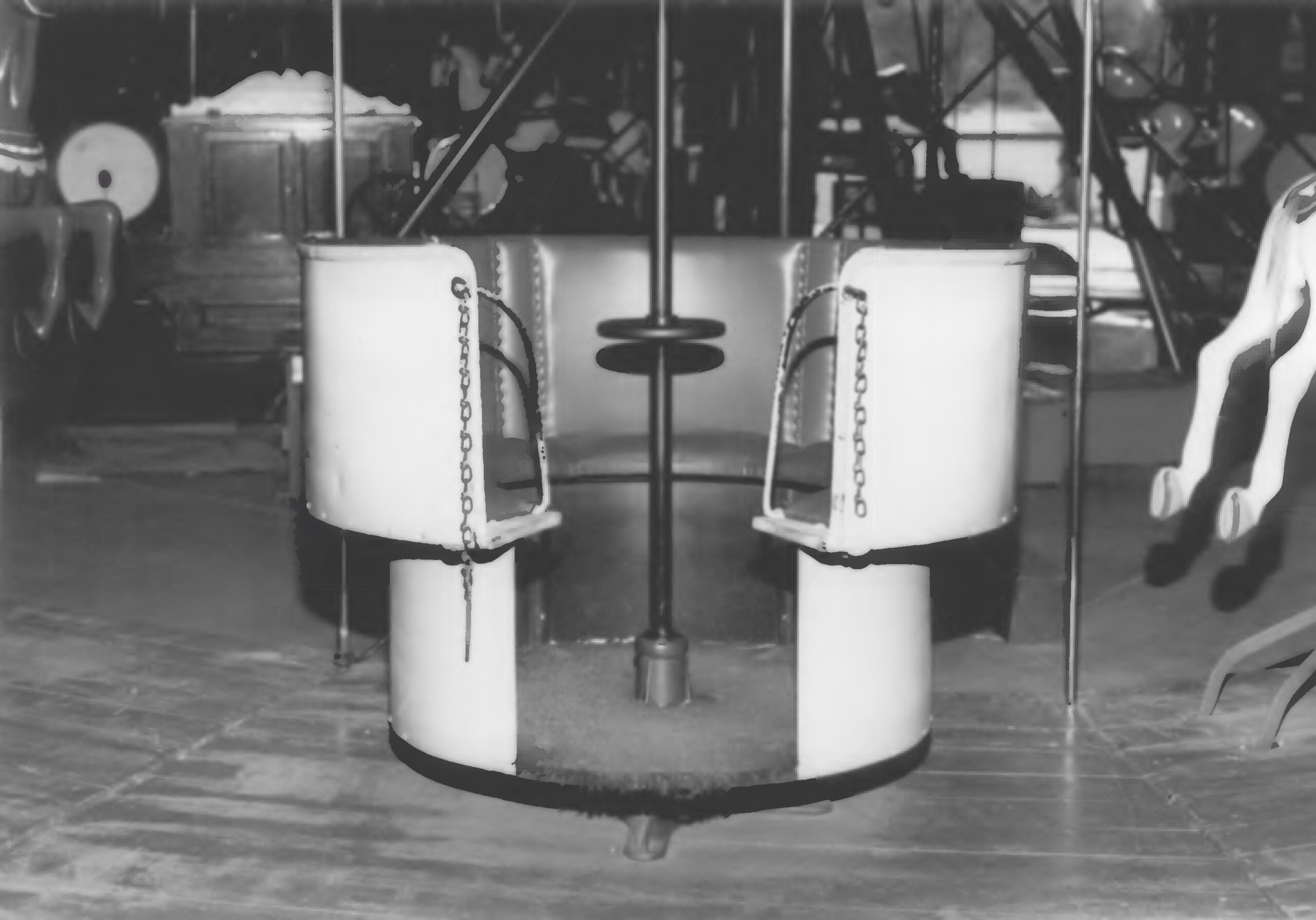 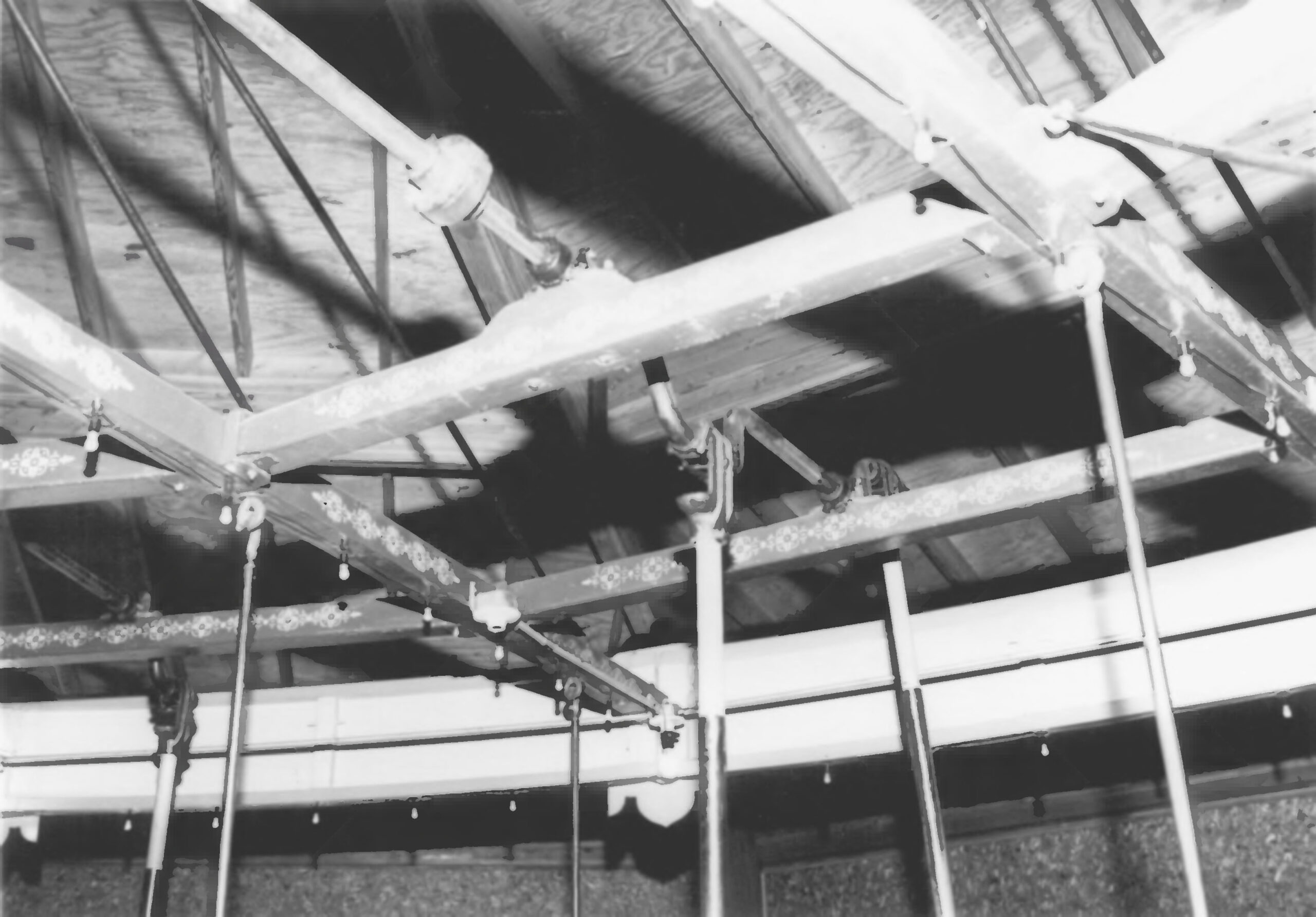 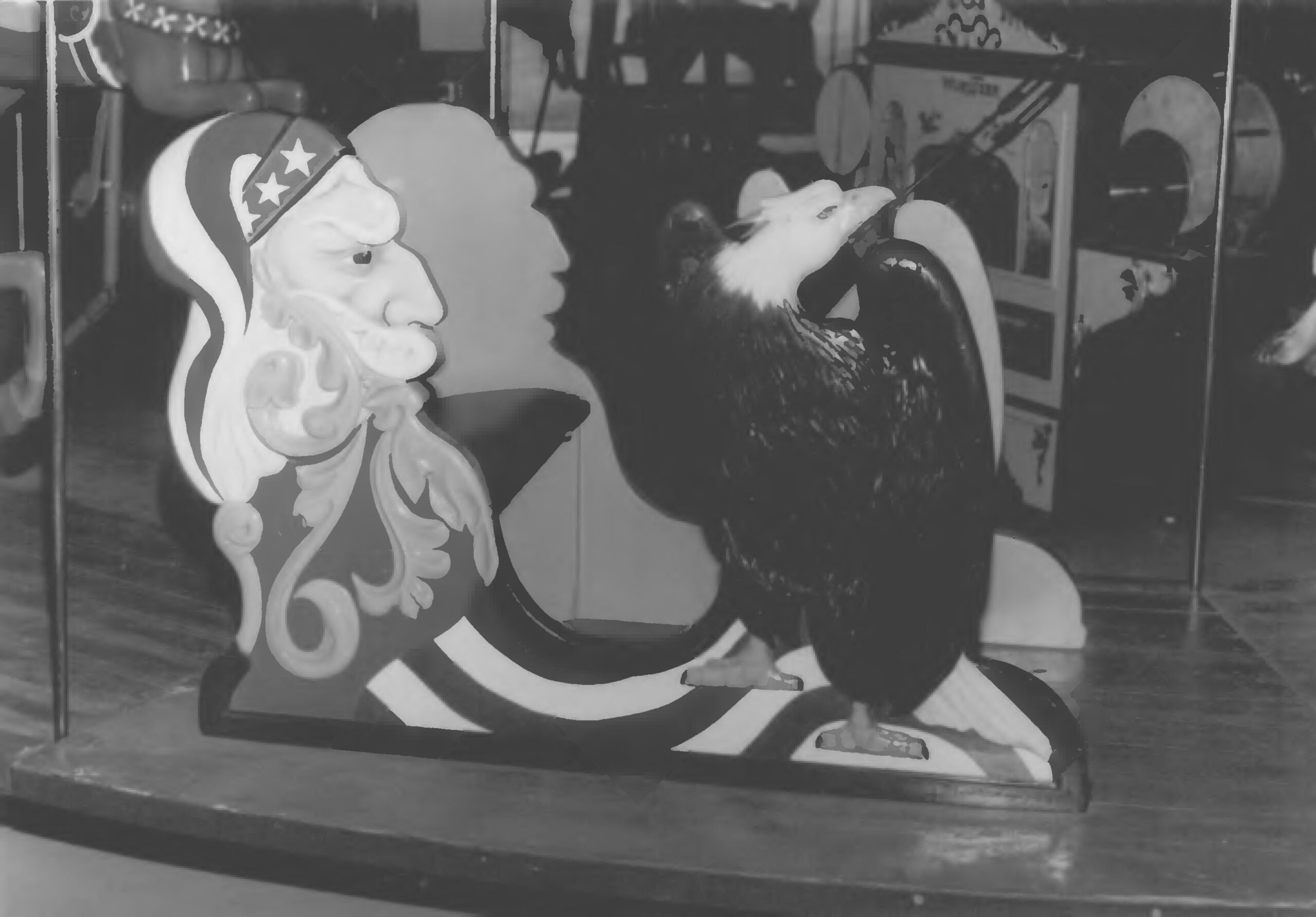 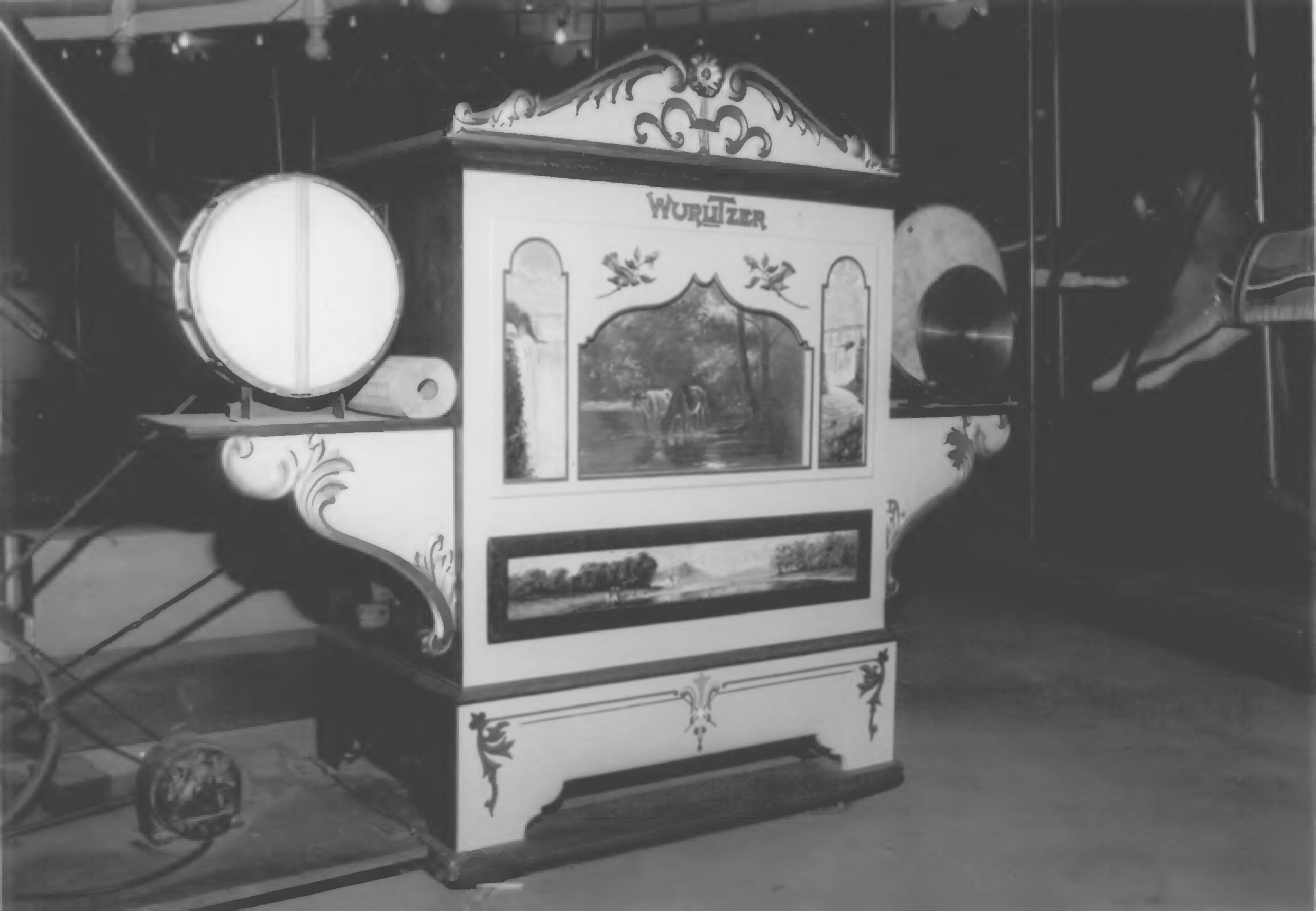 Honoring our Past, Celebrating our Present, Embracing our Future.